Just a couple of photos I had previously promised…
Firstly, Adwoa… For some reason I have misplaced my individual photos of each of these machines. Which is a bit of a loss, as the machine on the far end of this photo is actually quite interesting – and very turn-o-the-century. That said, they had a handful of beautiful cast iron machines at this museum. And the mandatory ‘Singer’ models seemed to dominate here too. I’ll find the photos eventually, I promise. There were more machines than were visible in this shot. 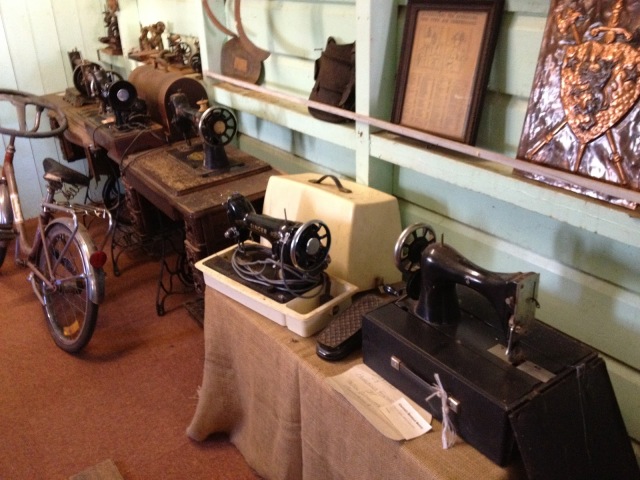 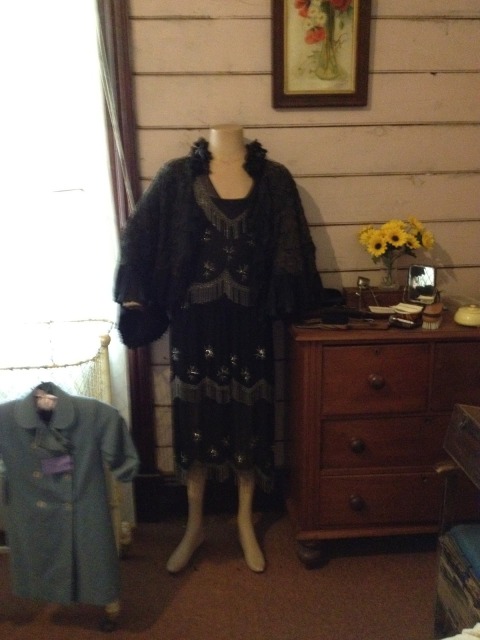 Beautiful… This dress is a work of art on its own, and great example ‘of the era’. Unfortunately my phone’s camera was’t quite up to catching the detail in this light. 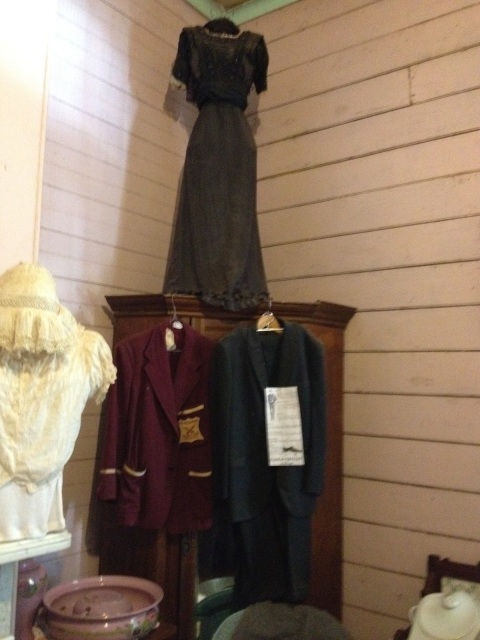 A very sombre dress. But it really seems to dominate the room. 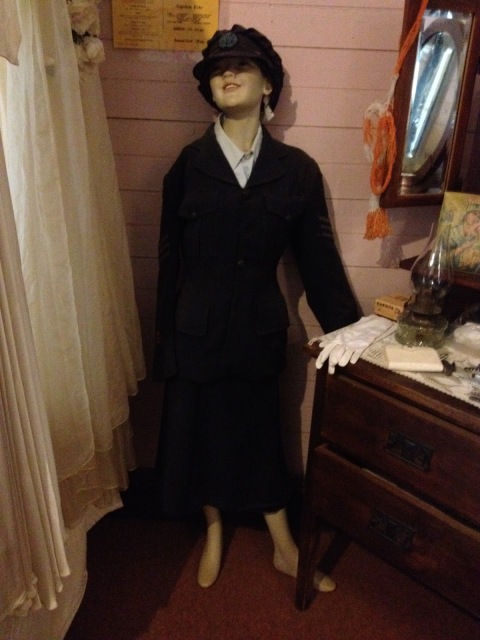 Ahhh yes, the WW2 women’s dress uniform. Often seamstress’s in these country towns worked to make the uniforms off patterns for the local volunteers.
*   *   *

And now to Richard… You asked if the nudge bar on the front of my car was a ‘Roo bar’. Here are a couple of shots of the local’s vehicles with their Roo bars. Roo bars are quite a necessity out in this region. 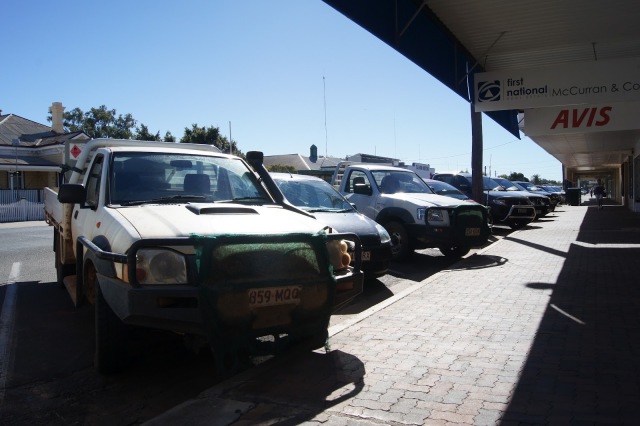 As you can see, they encompass the headlights as well. Some vehicles add bars down the side, to protect the car while driving through tight gullies and slippery muddy roads. See the green scrim on the front of the Roo bar? That’s there to stop leaves, sticks and insects from being pushed into the radiator while driving across a river, creek or flooded plain.
Roo bars aren’t as ‘full on’ as their brother – the “Bull bar”.

(not my photo) Bull bars are pretty much a battering ram.
And… this is what my car would have looked like fitted with a Roo bar. 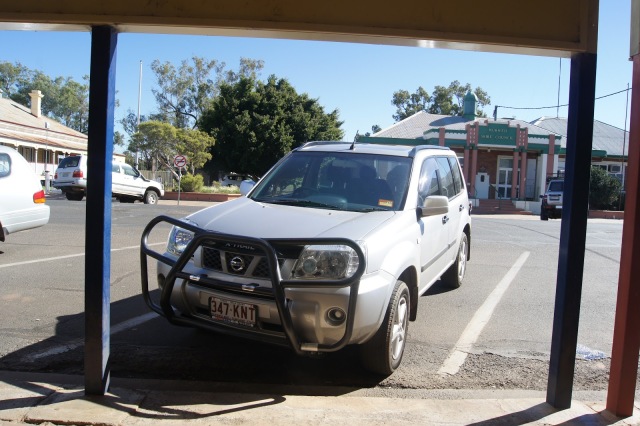 That is… if my car was silver.

8 thoughts on “Couple of quick snaps. (no typewriters sorry)”