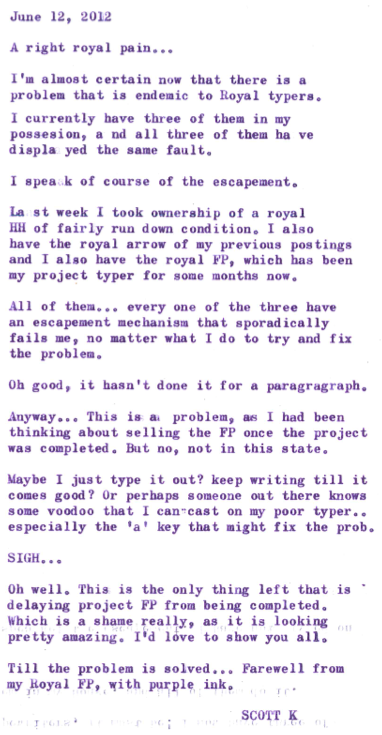 Moments after I wrote this, I pushed on a particularly soft piece of metal on the FP, and broke it. DOH!

Another thing to fix now….