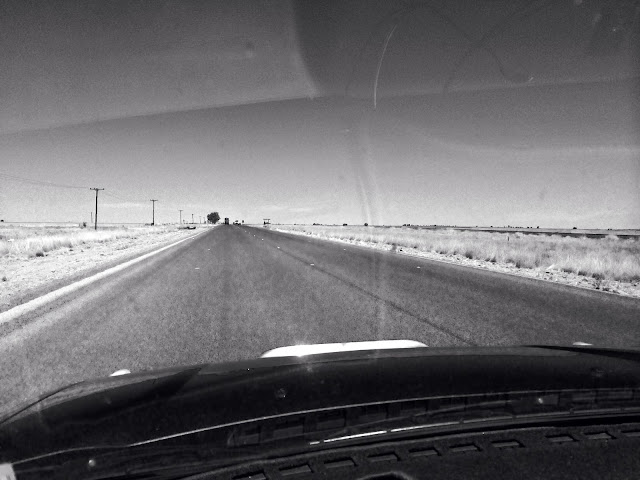 Greetings Typospherians, readers and lovers of the printed and/or electronic word. And I wish you the sincerest of holiday greetings, and the best for the new year.

It has been a trying year for me in Brisbane but I have always enjoyed writing this blog, and writing with my typewriter. These elegant and beautiful writing machines and what I have written with them have helped me keep my sanity over the last 12 months.

Now, we are rushing head-long into another new year. A year that already has some very big changes in the works, that I am sure are going to bring some good – and bad, surprises. So much is happening now that I almost feel lost in it all. I could fill a blog entry with just a list of what has happened in the last two or three weeks.

I’m currently sitting in a hotel, and it is 40 degrees C outside (104 on the old scale). As such I’m loathe to leave the air conditioning of the hotel room.

And thus we have the Australian Christmas.

While shops dress their stores in faux snow to represent the northern hemisphere christmas that we are bombarded with via television and film, it always is with a sense of irony that we celebrate a frosted christmas as the temperatures usually rise harshly. In reality, Australians at christmas are likely to be having a lunch at a family member’s house that has a swimming pool, so that we can all have a bit of a dip after we have filled our tummies to exploding point with salad, cold meat and a fair amount of beer.

I always feel sympathy for the poor bastard that has to dress in the Santa costumes at children’s parties, shopping centers and church events. That gear is made for the North Pole, not stinking hot summer days on the driest continent on earth. As I said… irony. 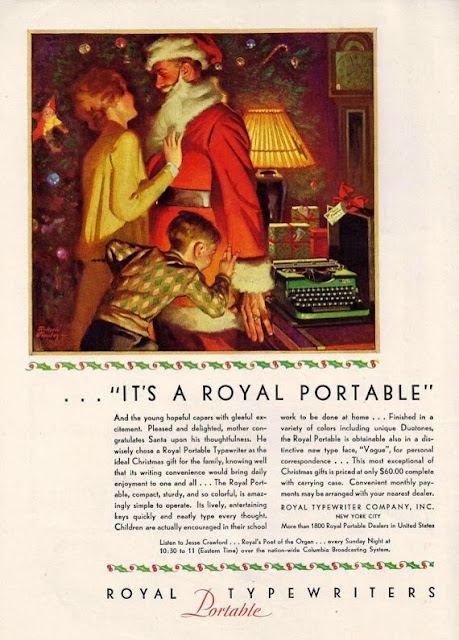 Santa suit? Screw that… Hot enough here as it is.

As most of the typosphere lives in the northern hemisphere I’m sure this is very much a foreign ideal.  And to be honest, Christmas time is an oddly strange period here in Australia where it largely has little religious significance, but is rather focused on family, retail and food along with some very silly behavior.

I stepped outside the front door this afternoon to go to my car, and I burned my feet on the concrete driveway that had been baking in the sun. It really is damn hot here.

I don’t have a typewriter with me, but I think I will be seeing Rob Messenger sometime in the next 7 days – so I won’t be going totally typewriter talk free by the end of the year! I’m looking forward to chatting to Rob again.

The past year on this blog:
Meeting with John and several other typewriter lovers in Brisbane (Steve, Rino, Kate to name a few) has been great. Also, other writers around the country (Teeritz, Rob) have been great, too.However, I feel there’s a few things that remain a bit unfinished at the end of this year.

I speak of ‘The apocalypse of the typosphere’ – my little piece of blog fiction that seems to have gone dormant. It hasn’t, and I have a handful of episodes ready to post. However I held off because I had borrowed some ideas from discussions with miss Jane, that were related to her line of work (infection control) that made up a major plot point that I was just about to explore in the story. The problem was that a real world event that was similar to the scenario that I was envisaged actually looked like it was about to happen, and was likely to be a major stress to Jane’s work life. It just wasn’t the time.

So, I just put it aside to revisit later.

Meanwhile, miss Jane and a few other people have been pushing for me to re-start another piece of blog fiction that I had neglected for a few years. I don’t think I will, but I think it is time to take the material in that blog, and make something of it. I’ll put the link up a bit later, if anyone is interested. It was a ‘blog’ of an Australian that was forced to flee the country as a refugee, after witnessing the horrors of war in a land that previously had never seen such things.

The Future:
Firstly, I’m looking forward to the second Brisbane type in – which will be on March 9, at a location that has yet to be advised. So start contacting me if you are interested in coming. Especially you, my mysterious Burpengary reader, who often visits my blog. You’re only a suburb away from me, so you should really message me sometime!

Meanwhile, there’s still the possibility of moving overseas. I’ve been thinking about this, and I intend to keep up a typosphere blog. However, I think it may be a good time to start a new blog with a new title, that is hosted somewhere other than blogger.

I’m quite nervous about the future this week, and I wish I had a typewriter with me right now, so that I could do some writing. Nothing soothes the soul like a tap on the keys of a beautiful machine.

So that’s it for the the year. I’m going to be busy with family events and other things for the next couple of weeks, and I will be too busy to keep up with events on my blog – or even the typosphere.

So, thank you all very much for reading, commenting, and writing. I have loved reading all that the other members of the typosphere have written over the past year, and I look forward to seeing what you write in the next.

Thank you all, and have a great time!

P.S. Did I really just hit 60,000 blog reads? I missed even hitting 50k. I wonder how many of those have been shonky sites.