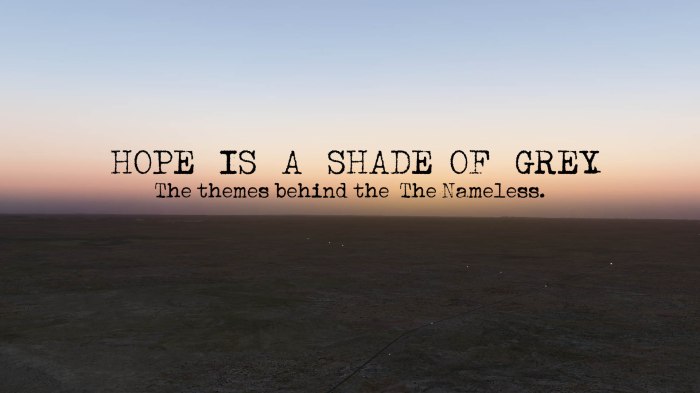 Writing is easy. You just make Earnest Hemingway sit at a typewriter and bleed him. It’s all he’s good for, really. When Richard Polt announced the idea of Cold Hard Type I was excited and keen to get involved. Indeed I was already involved – way back in 2012 when I started (but never finished) writing my Apocalypse Of The Typosphere stories – which were cited by Richard as an example.

It was with a sense that I’d already walked this ground that I pointed myself into a very different direction when I started writing ‘The Nameless’. One of the first things I wanted to do was to break away from the usual expected tropes found in end-of-the-world fiction. I wanted a character at the core of the story that wouldn’t be yet another role for Tom Cruise. I wanted to cull the meaty masculinity of Hemingwayesqe fiction, and I wanted to break from the hackneyed structure of building a gateway that lead to great hope or ruin. So I took inspiration from the world I live in, rather than the world that I expected the reader lives in.

I wanted to lace this story thick with themes. There’s so many points I wanted to jam into it that I ran out of words. A problem exacerbated because at first\ thought the world count was 10,000 words, not 5k. When I realised my mistake I scurried to revise my idea to get it down to size.

There’s a deliberate tone throughout this story that revolves around a premise: Hope is a shade of grey. The car which the main character drives has faded from a blue to its grey primer colour with age, but is still working, still going. The typewriters in the story still have life, but are filled with debris from laying idle. Somehow this woman manages to keep her car, and those typewriters going. She achieves much, but it seems to equal nothing. Hope is present, but it manifests as just a progression of survival.

It may sound bleak, but when I wrote this story I was aware that it would be only one small piece in a book filled with texts that would range wildly in tone that would balance out mine. I had some ideas that I felt were worth exploring, so I pressed on. End-of-the-world fiction has some pretty worn cliches that I wanted turn on their heads.  I revelled in the idea of breaking some expectations of the genre. I tried to make every aspect of the story flip back and forth on its own Yin and Yang or break away from a stereotype by either contradicting the reader’s expectations, or dissolving the meaning behind much accepted symbols and motifs.

Yet I also needed to build a workable plot structure, and make the characters believable, causing me to reign in some of this ambition.

CAUTION: SPOILER ALERT FROM HERE ON

One of the great tropes of apocalypse fiction that I got to break is the 2 dimensional role of the pregnant women or mothers in a story. Pregnancy is deeply symbolic in fiction and is always tied to brighter themes of hope, or dreams of the future. Mothers and pregnant women are usually depicted in peril, or as a complicating factor to the survival of a group of people – and usually in need of protection. Often these characters are only there to highlight the positive heroics of men that protect them.

However, I wanted to make the central character of this story an independent woman, who while pregnant holds her own in a world that is immediately hostile towards her. She seems indifferent about what her pregnancy means to her future, while it prompts her to reflect on who she is as a woman, and how her past impacts her and her future.

She moves in a world full of contradictions. The story itself is something of a contradiction that firmly looks at the values of the audience. While typewriters may appear to be a MacGuffin, this is untrue. The plot explores the values around the ideas of regressive technology usage – the concept of steering backwards in the hope of making a better future. The latest, cutting-edge technology – a human that has been genetically modified, is fixing these artefacts of old technology to keep them working, to keep communication lines moving when other infrastructure has been torn from the land.

But as I said, Hope is a shade of grey.

This is the powerful image that I wanted to portray – the story’s central contradiction and conflict. The typewriters are symbolic of many attitudes in the modern world and the revolving contradictions around it. I think of my own experiments in repairing typewriters with a 3D printer, a computer driven device that is indeed at the cutting edge of modern tools. Yet it’s fixing something that is being used to eschew the computerised and processed world. Why?

The world the character lives in exists due to people becoming hostile to technological change when they needed it the most. The reluctance to change energy sources changes the environment. A growing fear of genetic modification stops mankind from building environmental resilient crops. Humanity fails as our food runs out, leaving mankind to manufacture a new reality. But as society stutters in the rebuild,  people seize the opportunity to select who they feel should make up their society. This rejectivism produces alternate societies that are in conflict with each other when they most shouldn’t be. Puritanicalism drove them to this, and even after the world falls into disaster it still drives the conflict.

But as the story comes to a close I contradict this theme by showing the value that this ageing technology still has, that a device like a typewriter in its simplicity can open a introspective window into the character that could potentially allow them to heal themselves.

This healing is something that is important in a world wrecked by hostility and indifference.  The central character has been working at repairing something that brings people together and helps them,  sometimes at the risk of her own life living in a community so damaged and wounded. I wanted to end the story with her being presented with one of her own typewriters by a healer to achieve the same end.

The tone of the story is reflective of this progress. The nurturing and caring of the first pages progressively falls way, throwing the world around the character into conflict. I also deliberately left big, and obvious questions unanswered as I felt that the depiction of the central character was much more powerful this way. It showed that they owe no explanation to the world about who or what they are, and they can tell whoever they please whatever they want. She isn’t just a collection of identifying characteristics. or a person built to meet our expectations of how a woman should live her life. Even as she carries a baby, she doesn’t throw herself into the role of mother, carer but seeks genuine resolution within herself on how she could even be these things.

Part of the problem with condensing my ideas into 5000 words meant that entire plot points and characters were culled. I found that erasing things out of the world you have built up in your head isn’t easy. On the positive side it did force me to drop a lot of florid wording. But I did keep a few things in there that may appear to not have any impact on the plot. There’s a scene where a group of men give up their ambush positions in a rush when they see something crash to the ground only for those men are found dead later on. It may be easy to assume that the person that killed them is the antagonist introduced in the paragraphs before it. But the time-line doesn’t stack up if you’ve assumed that. Those deaths were part of a plot point that I dropped out.

Why did I keep it in then?  Well… Firstly, it was a good way to add tension to the work – to establish that the character was always at risk in the world she lives in. Also, because once I set the story in motion I decided that I may want to do more with this story at a later stage.

So right now I have been mulling over expanding the original story out a little bit and adding a couple more chapters and putting it up on Wattpad to see if people like where I take the story. I realised by the time I finished the story I had a solid idea of where I could take a second and third chapter that would be worthwhile. There’s characters and plot points that were under-utilised and even idle, that I know would drive some great development. I even designed a cover-page for the story, just in case I do decide upload it online. 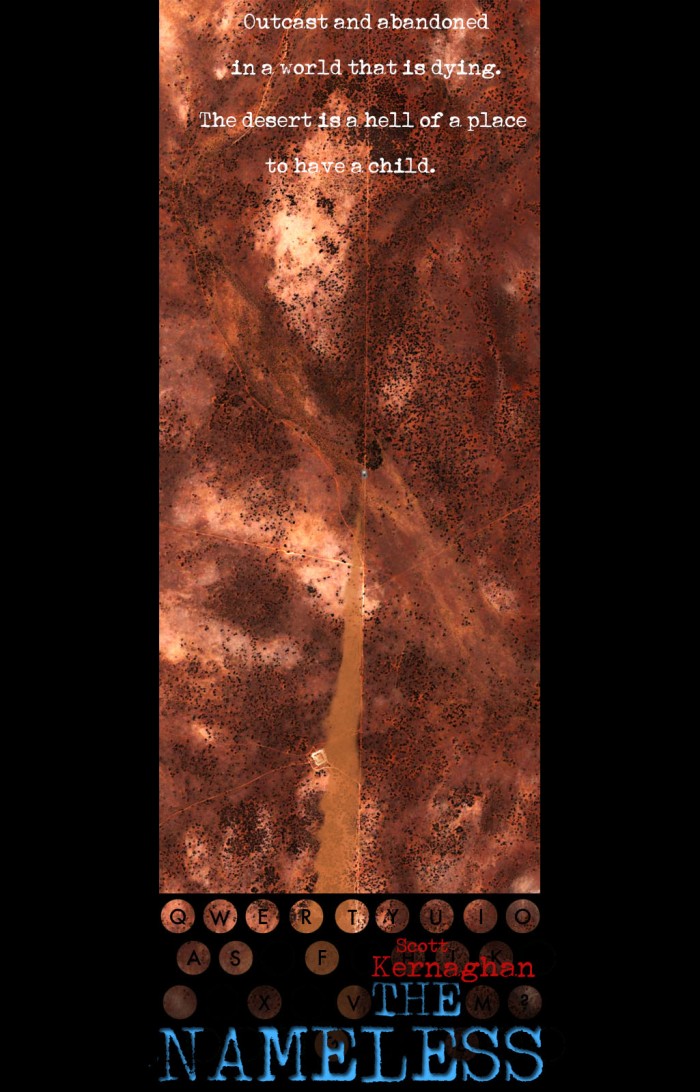 So where do I go with this now?

I’m still not sure what I want to do with the story from here. I feel it stands up on its own, but there’s plenty of life in the characters yet. I did manage to pack a lot of information about the world they live in, in a very small amount of space – and I feel if I toy with that I may break some of the tightness of the story as it stands. But who knows where I’ll go next. I still have my other project sitting idle and unfinished.

One day I will finish my ‘Epiphany’ novel, although it may be a bit too late now. Two years ago I wrote a couple of chapters that depicted violent riots happening in Hong Kong that are painfully close to what is currently transpiring there.

Oh well. Maybe I’ll have some time for that project this November.

Who has time these days.

Maybe just hope. But Hope, it seems for now. Is just a shade of grey.

And if you did get through my story, thanks for reading!

7 thoughts on “Hope Is A Shade Of Grey: The Themes Behind The Nameless”