Welcome the mark II version of The Filthy Platen. Feel free to put your feet up on the furniture. I at least own my own home here.

While it may seem that the move to this new blog has been drastic and sudden, that isn’t really the truth. I’ve been planning a shift away from blogger for some time now, after blogger started to become rather ‘unstable’.

I have been working on the design for a new blog for some time now, but never really in ernest. I created a little folder in ‘Paper by 53’ on my iPad, and just generally sketched the ideas that I had. I wasn’t happy with any of the ideas, and I just kinda left it sit until I had some kind of solid inspiration.

As it turned out, that inspiration came from Google itself, and rather unexpectedly.

Blogger  – or Blog spot, where the Filthy Platen has been hosted up until now, is owned by Google. One of my biggest beefs with Google is that they were very reluctant to commit any further resources to Blogger, and as such the service only occasionally received tiny periodic updates. Often these updates were just to incorporate blogger into another Google service that would probably fail and be shut down within a couple of years.

Sadly bugs in blogger would go unattended for months. Nothing was dramatically wrong, but it showed how little Google valued the platform, and the lack of resources it was willing to devote to it.

While this was the motivation to move, it wasn’t the tipping point. That came about a week ago when I clicked into a YouTube (also owned by google) video. Often ads in YouTube are based on keywords that Google has gleaned from your email. As I haven’t been exactly happy about Google searching my emails, I have moved most of my correspondence over to another email account that wasn’t subject to the same invasions as Google – and simply left my Gmail for just junk stuff.

Miss Jane and I have been dealing with some pretty big decisions lately, and of course some of this discussion has happened email when specific things needed to be dealt with quickly. While I’ve been using anything but my Gmail address for this, Jane still uses her Gmail as her primary service.

However, much to my surprise I suddenly found myself watching a 5 minute paid advertisement on YouTube that was related to topic of which we were privately working though. In other words, Google has somehow related Jane to me, and addressed key-word topics for advertising indirectly at Jane via me. It appears that Google may be tracking relationships and personal connections, as well as our search topics and email key-words. 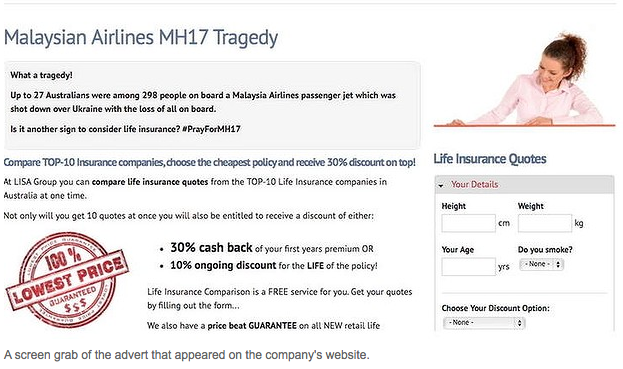 Google recently sold the rights to the ‘MH17’ keyword search to an Australian life insurance company.

To me, that was it. I’d even been using the ‘Bing’ search engine lately to do my research on my iPad, and ‘Duck Duck Go’ on my computer, in order to avoid these privacy problems. Unless Google has a connection with Facebook (I had discussed the topic in some private messages on there), I’ll be stuffed if I know of any other way that Google would have been gaining that information.

So that was it. It was time to de-google.

This wasn’t a hard decision. Every time I enter into Google+ I am bombarded with updates from Anti-Apple… Sorry, I meant ‘Android’ groups that I’m not even a member of, where members never talk about Android but rather just slag off Apple products. I felt like I had to apologise for using an iPad every time I logged in. That, along with the inconsistent services on the products I used and the breeches of privacy, I’d had enough.

Sure, I’ll still use blogger to comment on other people’s blogs. I’ll no doubt use google for searches, image searches and maps. But it is clear that I need to thin out my reliance on Google, and it became quite important to stop providing them with ‘content’ on services that they owned.

So here we are.

I hope you like the new look. I’m pretty happy with it for now. It matches some of the greater goals that I have for the future of this blog. But more on that later.

So please, if you could update your blog-rolls and links – and possibly even subscribe to my new blog, I’d be very appreciative. Thanks for coming! Would you like some cake?

23 thoughts on “The ‘new’ Filthy Platen, and a privacy shock.”